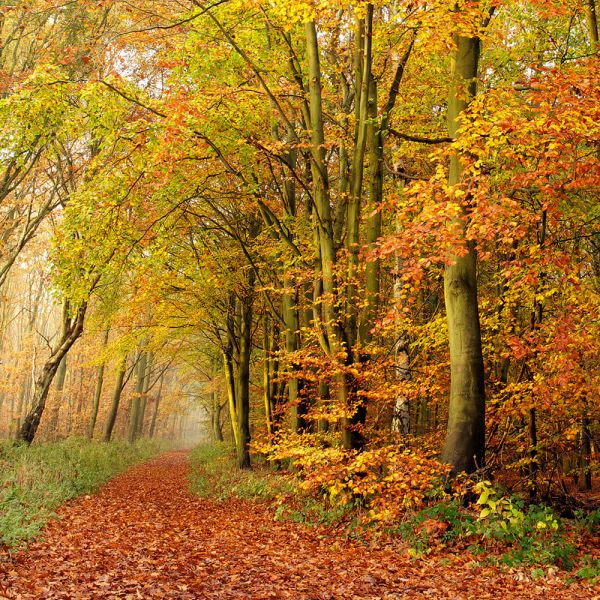 Autumn colours in the UK seemed to be particularly vibrant in 2015 – I don’t think it was my imagination. I’ve talked to a few people, including someone that grows (is that the right word?) bonsai trees as a hobby, and they all say the same thing. So I was glad that I made the decision to try and capture some of the colours in Clumber Park near Sherwood Forest at the beginning of November. I deliberately avoided half term so it would be quieter, but was initially a bit concerned that I might have left it too late.

Luckily I was rewarded. I suspect it was the combination of mild weather and still conditions that allowed the leaves to remain on the trees and enable nature’s display of beauty before decay to really take effect. My only gripe – I’m never entirely satisfied – is not seeing any sun for the entire duration of my trip, so I had to work hard to photograph something that I was going to be reasonably pleased with.

The bonus, being out in such foggy weather, was experiencing that sense of serenity and calm, similar to when snow falls and has the effect of muffling sound. And instead of snowflakes, the leaves gently fell straight down to create a carpet of colour on which I could walk and leave no footprints.