Between mountain and sea 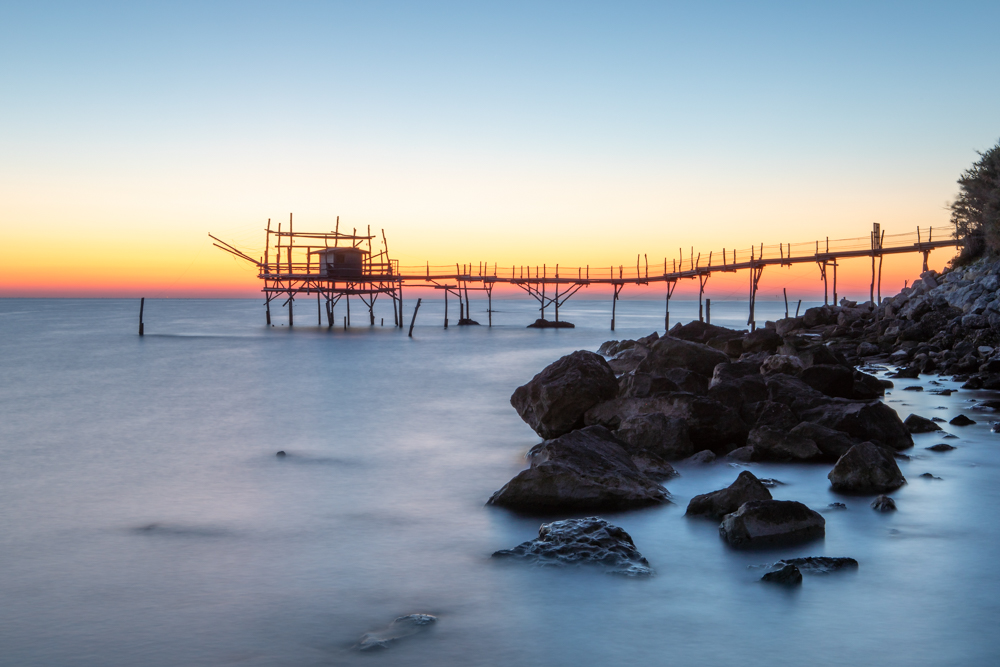 This is the second time that I’ve stayed in a friend’s villa in Italy and I’m starting to appreciate why they chose the Abruzzo region, and it’s not just because it’s cheaper than buying in Tuscany and Umbria.

Perched high in amongst the vines of a large working vineyard, the villa has views towards the mountains in the Majella National Park to the west and the Adriatic Sea to the east. Both of these exert on a strong influence on the climate, creating weather systems that are unpredictable and special, including dramatic skies and thunderstorms.

As well as impressive, medieval hilltop towns, a unique feature of this region is the presence of old, coastal fishing structures, called trabocchi – small, wooden piers, often with nets, that jut out occasionally along a small proportion of the coastline. – looking like someone’s assembled them without the instructions and giving them a charm of their own. Many are now converted into restaurants, but some appear almost untouched and are great to photograph when the light is right.

I’m looking forward to introducing my clients to them and other locations when I run my next Italian photographic holiday.