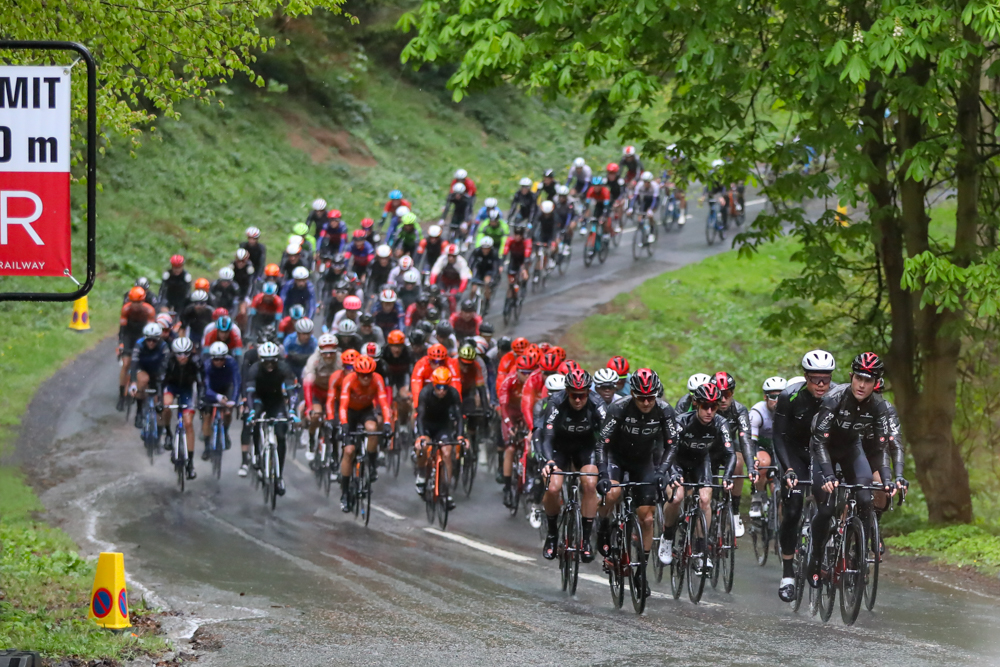 Images from the first stage of the mens’ 2019 Tour de Yorkshire, which took place in torrential rain for much of the day. I was about 500 metres from the summit of Baggaby Hill, just outside Warter in East Yorkshire.

The weather, a stark contrast to last year’s Mediterranean temperatures, played its part in preventing the peloton from catching the breakaway group, which included the eventual stage winner, Dutch rider, Jesper Asselman.

The peloton was led up the hill by the newly named Ineos team – Leonardo Basso can be seen at the front – Chris Froome and the overall Tour winner, Chris Lawless, are hidden behind. Mark Cavendish from Dimension Data finished eighth on the day.